Christmas just past and all the little ones are playing with all their new toys.

There is also a slew of gift cards to use up as well. The kids want to use them on the latest video game or to get the electronic toy.

What about getting a board game?

I’m not talking about the old dusty games like Life, Monopoly(shudder), Clue, or Apples to Apples. I’m referring to the newer generation of board games designed to work on strategy as well as team work and ones that offer more dynamic play than the older games of my or my parents generation.

This is a bit of a sideways step for me. This does not have anything to do with Role Playing or Savage Worlds, unless you consider the fact they are played on a table top as being related…

This is my personal list of games I like to play around my table and games I like to use to introduce new players, both young and old, to Tabletop Gaming. I have not included some games that have become standards for may gamers like Pandemic, Munchkin, Carcasonne, or Settlers of Catan.

First off, if you have not already done so, check out TableTop on Geek & Sundry’s Youtube Page.

Done checking it out? Great, lets head into my list!!

For those with younger kids, say age five or so, there is one game I love to play.

It’s fun, the art is vibrant and the pieces are sturdy. Everything you need to get kids interested. Then the gameplay is super easy yet addictive and engaging enough to keep the older kids and parents entertained.

Another kid friendly game is Hey, That’s My Fish! 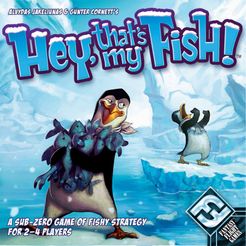 This is a race to collect fish. It’s easy enough for a five year old to play but again fun enough to keep us grown ups playing. It teaches strategy better than Walk The Plank, but does take a bit longer to play.

Then we have the twistedly humorous Exploding Kittens.

Ok, this is just a simple, fun, twisted game. It takes two minutes to learn and maybe 15 minutes for four people to play. It’s kinda like uno, with dynamite, and kittens, and goats. Just buy it already!!!

For older kids and grown ups, I have a selection of games that can be fun and competitive.

This is a deceptively small and simple game. Each player takes on the role of a galactic empire and attempts to make their galaxy the largest in known space. The first to hit 21 victory points wins! Maybe. Because there are secret missions each player is on that can affect the final point tally. This is a fun game with a cool dice mechanic. It is well made and a nice introduction to more complex strategy games.

This is a deck building game. Each person is building up their fleet to battle the other player. The goal here is simple, kill your opponent! Each player has their own starting deck and they take turns purchasing cards in the trade row and striking out at their opponent. Some cards you can get are bases which give you an advantage and stay in play until they are targeted and destroyed by your opponent. Some bases are known as outposts. These are bases that MUST be taken out before they can target you or any other bases. The game is fast, with a typical game running only about 15-20 minutes. There are plenty of expansion packs and even a second starter deck called Lost Colonies. Each starter deck has enough for two players. There are rules for three to four player games included.

Now a personal favorite game type of mine is the Cooperative Game. These are ones where the players work together to go against the game. The most common one people think of is Pandemic, though there are others out there. 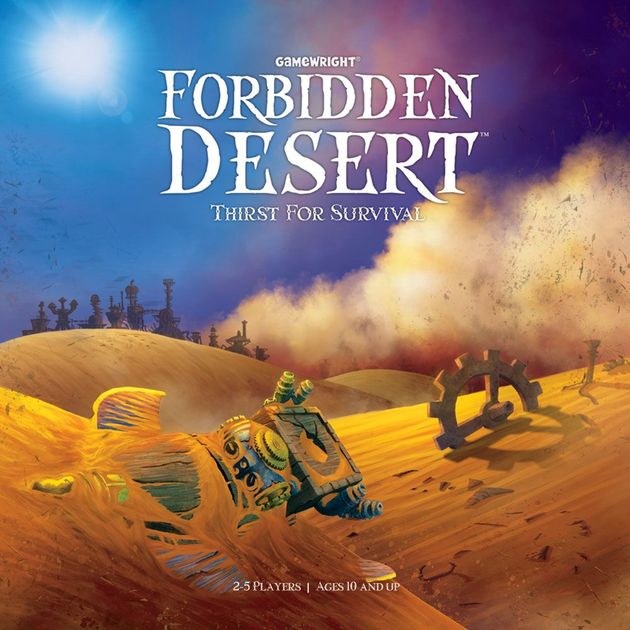 This is a surprisingly innovative game. The players all take on roles as survivors of an airship crash. They must roam an ever shifting desert to find the four missing pieces of their airship and escape the desert. This can quickly become a very difficult game. We’ve lost more times than we won.

Ok, you get to be firefighters! How cool is that!?! You run into a burning house, trying to control the raging inferno and save people and pets before the house collapses. There are easy and advanced rules. The easy rules can be taught in minutes to just about anyone. The advanced rules add a little more complexity, but nothing too hard.

This is a series of games based off of the Legendary Marvel deck building game. I found this series only recently when I bought the Aliens box at a con over Thanksgiving weekend. I then got the Firefly game for Christmas, thanks to my loving wife!

Each game has very similar gameplay. The basic mechanics are identical for each one. The layout and details are different enough to thematically stand out from one another. Like other deck building games, there is a common area of five cards that can be purchased to help build your own deck. But in this, the players work together to defeat three objectives in increasing difficulty. In Aliens, there are four scenarios based off the first four alien films (Alien, Aliens, Alien 3, Alien Resurrection). Each has three goals linked to events in each film. Each scenario get more difficult as well. For Firefly, there are five scenarios, grouping the fifteen episodes (the pilot is split into part 1 & part 2). The firefly game also has an interlude mechanic that allows you to upgrade the Serenity between episodes and the ability to run all the episodes back to back as one large super campaign. I plan on getting the Aliens Expansion, Predator and Buffy games as soon as I can! One thing I like about these is they can be played solo or with up to 5 players.

So, there are are few of the games I think every family of gamers should have or soon add to their collection.

Is this all? Heck no! There are many other great games out there!! King of Tokyo and it’s sister game King of New York are both great. The other Tiny Epic games look promising. Tiny Epic Western and Tiny Epic Kingdoms are two particularly cool looking ones.

Then we have the horror inspired Mansion of Madness and Betrayal at House on the Hill.

I just wanted to give a small jump start to some really fun games for the family, both young and old.

Merry Christmas and Happy Holidays everyone!!

4 thoughts on “Board Games for the Holidays”