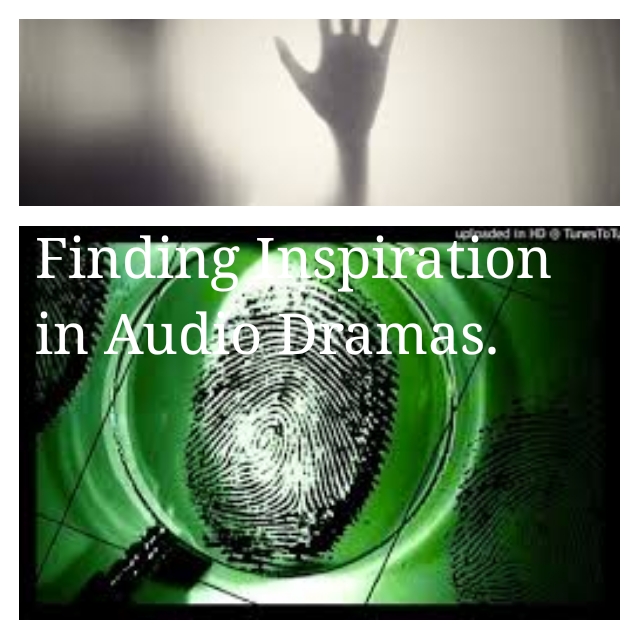 Last November I wrote about getting inspiration from audio dramas for home games. Since then, I’ve continued my auditory quest for inspiration where I can find it. I the year since that initial post, I’ve come across a few new audio drama podcasts worth listening to.

Do you like “X Files” styled conspiracy campaigns? Ones that lead you down the back alley of mystery and the rabbit hole of the supernatural? There are a few awesome shows that can really fit that description!

The Black Tapes: A series that focuses on reviewing a parapsychologists video tapes. Ones that could not be debunked, referred to as the black tapes. It starts off innocuous enough, but gets into some deep supernatural creepiness quickly.

Limetown: A 911 call from a secretive corporate town late at night. All the people in the town have vanished by dawn. This is a great investigative conspiracy podcast worth a listen. This is a good example of setting up a “down the rabbits hole, can of worms” kind of creepy adventure.

The Message: This is an interesting one. A podcaster gets a chance to assist in the decoding of a message from space. Unbeknownst to the cyphers working on it, the message hides a lethal secret. This one is a great idea for a one shot. Especially for the game DREAD!

Do you like Organized Crime? You gotta give CrimeTown a listen! This podcast gives you the true story of crime and corruption in various cities in the USA. Season one focused on Organized crime in Providence, RI and the rise and fall of Buddy Cianci. It’s a great presentation of real organized crime in the U.S. and does an awesome job of helping create a backdrop for any modern mafia setting.

Are you looking to run, or are running, a light-hearted space campaign? You should really take a listen to Wolf 359! This is a quirky comedy-drama about the misadventures of the folks on a space station dealing with the usual daily life and death emergencies all space stations deal with, right? Another show that is similar is EOS10, this one is even more messed up and crazy. And a really humorous show that is fun to listen to.

How about a light-hearted “fish out of water” type adventure? Well, you gotta give The Once and Future Nerd a try. It is a story of modern day nerds finding themselves in a fantasy land of swords and sorcery. Nerd running into knights, the adventure seeds in this series are endless!

Want to dive into a more serious, and fully realized world? You should really give Metamor City a listen to. This is done almost as an audiobook with sound effects and music added to flavor. It is not one long, cohesive storyline, but rather a series of short stories and novellas in audiobook format. This is a great resource for enjoyment and examples of a well crafted sci-fi/fantasy setting.

Looking for ideas on a Vampire based campaign that is not a Vampire storyteller based setting? You should listen to Underwood and Flinch. This is a story about an elder vampire (Underwood) and the Flinch family charged to be his caretaker. One Flinch is chosen to be his caretaker, but the chosen’s sister really wants the job…

All of the above podcast audio dramas are great stories to listen to for their entertainment value but are even better if you consider they are also great for mining inspiration for an adventure, a short mini-campaign or even as the groundwork to a whole new long term campaign, complete with a whole new world setting to go off of.

I hope you take the time to try out some of these. They are truly all great listens. You won’t be disappointed!

Let me know what audio drama you like to use for inspiration!