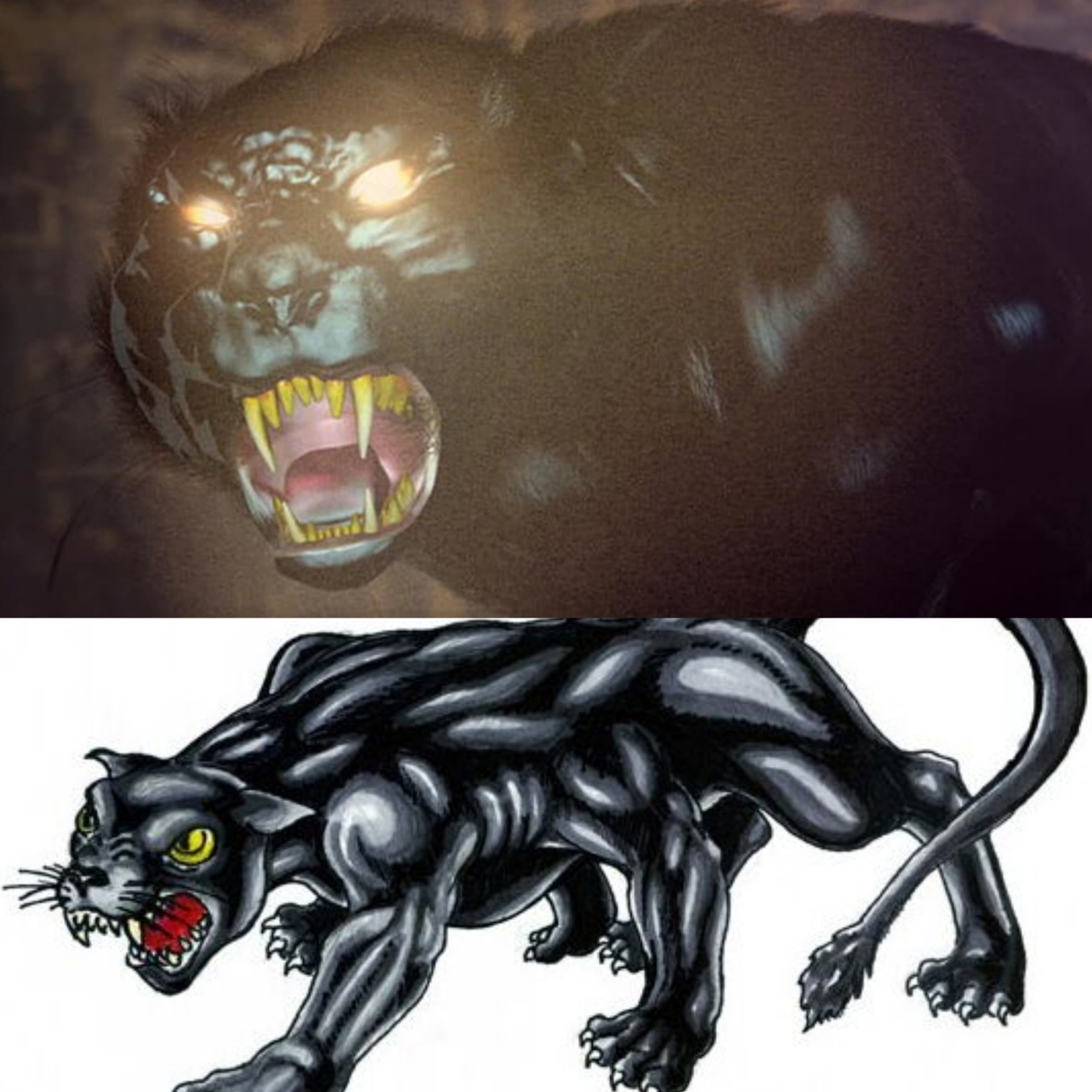 Wampus Cat
This cryptid has been sighted throughout the Appalachian Mountains region of the U.S., with the highest number of sightings in Tennessee and West Virginia.  Described as a large, panther like cat with glowing yellow eyes, sightings have dated back to the colonial days of the United States.

The origins of the Wampus Cat, or Wampus Beast as it is also known, are buried in  several Native American cultures. One such tale is that of a Cherokee woman, upset that she could not go on a hunt with her husband and the other young warriors, wears a cougar’s hide to disguise herself as she followed them. The first night, the men set up a camp with a fire and began to take turns telling mighty hunting stories. The wife, hidden under the cougar pelt approached the campfire to listen in on the tales. She is found and the tribe’s medicine man curses her to become the creature she hid under, transforming her into a half cougar, half-man creature.

A rather different tale, also from the Cherokee, says that the wife sought revenge on a magical beast known at Ew’ah that killed her husband by driving him insane. To do so, she wore the skin of a mountain lion. When the beast saw her, it tried to use its magic on her only to have the spirit of the mountain lion, still inhabiting the pelt she wore, turn the magic back on the beast causing it to flee. This tale states that the scorned woman’s spirit is hunting the fleeing spirit of the beast to this day.

Other local legends tell of a witch that roamed West Virginia, hunting and killing livestock at night. The townsfolk hunted her down and caught her in the middle of her transformation from a large cat beast back to her frail old human form. They attacked her and left her for dead, but she lived, forever stuck between forms as a half cat, half human monstrosity.

The Wampus Cat is a cross between a human and a mountain lion or a cougar. The cat’s fur covers the entire form, but it’s forelimbs are shaped more like human arms and end in paws that are almost hand-like. The creature can walk on its hindquarters  though still runs on all fours. The creature is attracted to fires and has been known to attack campers, but more often just steals food, even when the food has been secured or hidden.